Also known as the Athens Hospital For The Insane, Athens SH was built in 1874 and designed under the Kirkbride Plan by the Architect Levi T. Scofield.  The Kirkbride building was abandoned in the early 1990’s and was eventually put to use by the Ohio University.  The administration section of the building is now the home of The Kennedy Art Museum.

This was my second visit to explore and photograph the women’s wards.  Though mostly empty of artifacts found in most abandoned state hospitals (beds, wheelchairs, clothes, etc) I found the wards at Athens to be quite beautiful.  The ridged ceilings are unique to the space, as well as decorative window grating, which kept patients from escaping but added a touch of elegance.

Attempts at renovation were made, I’m guessing some time in the 1970’s, especially in the “violent” wards.  Cheaply built nurses stations and flimsy artificial doorways, destroying the original tall day room entry ways, and blocking hallways.  Large white globe lamps hang from the ceiling, off kilter and filled with brown stagnant water.

The “seclusion” rooms were quite disturbing.  Many with large metal bolt locks, thick plexiglass viewing windows, plywood window coverings to reduce daylight, and obvious patient vandalism in the form of scratches, dents, and scrawlings on the walls and doors. 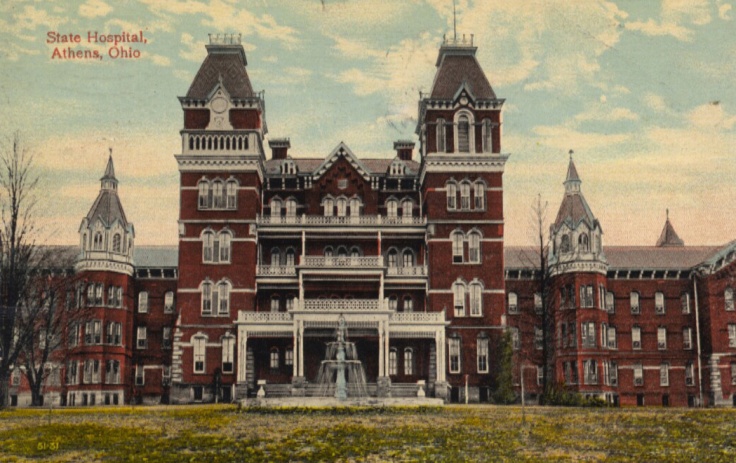 Vintage postcard of the front exterior.  Woman’s wards are on the right. 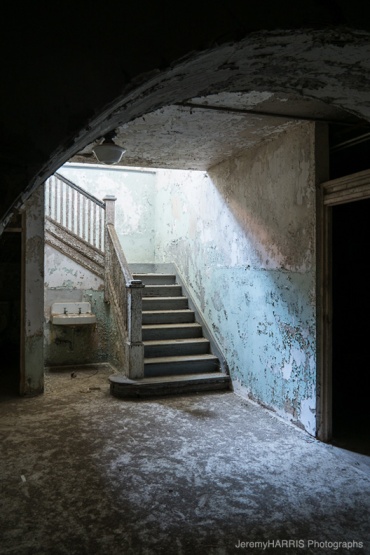 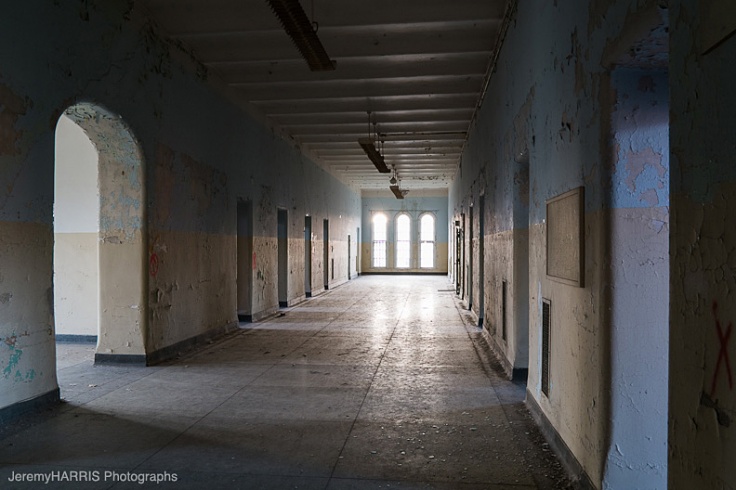 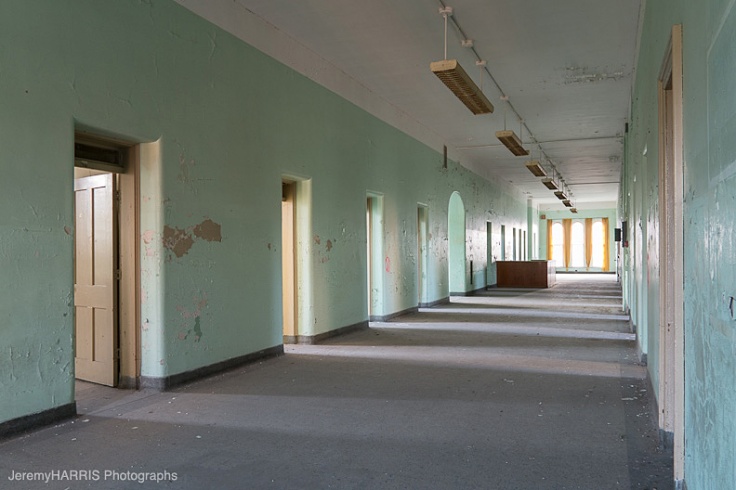 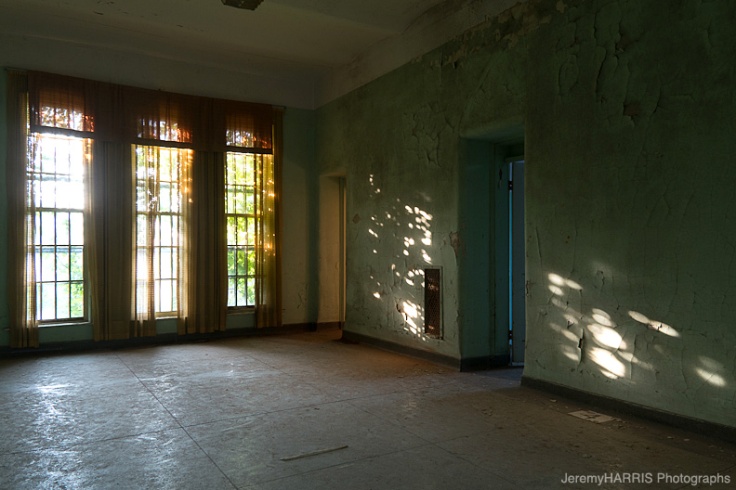 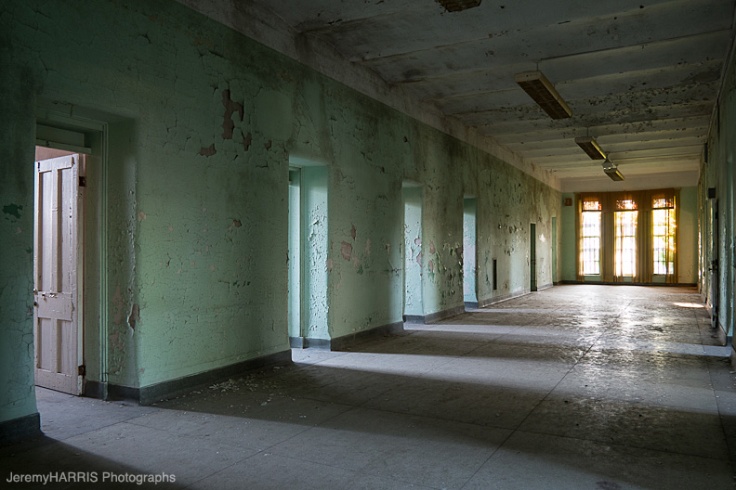 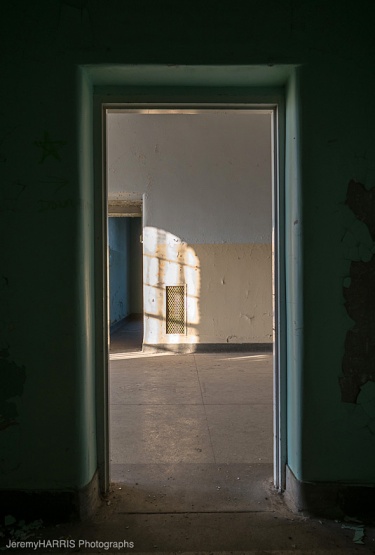 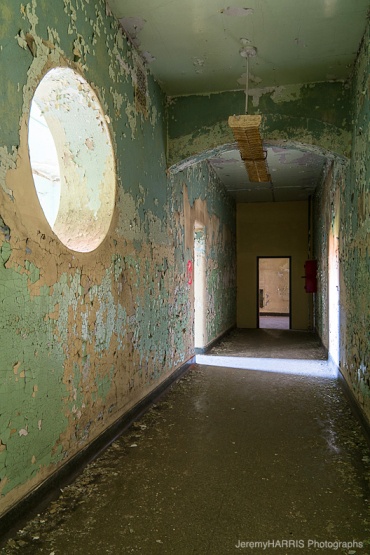 Another unique feature to Athens were two connecter hallways with large holes in the wall to allow in more sunlight. 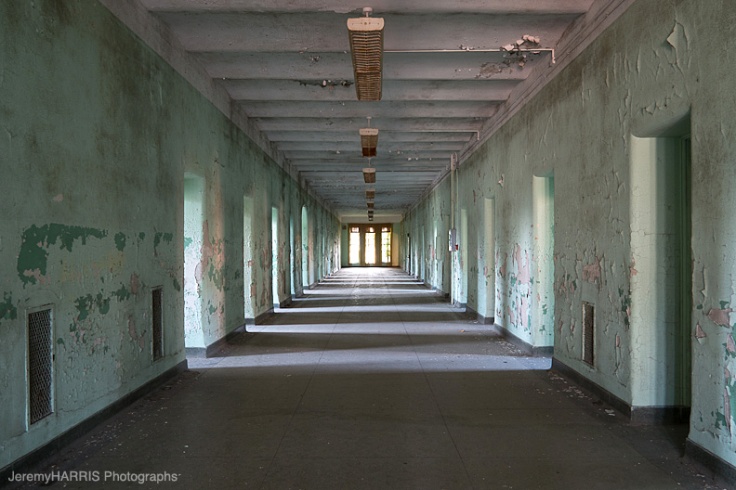 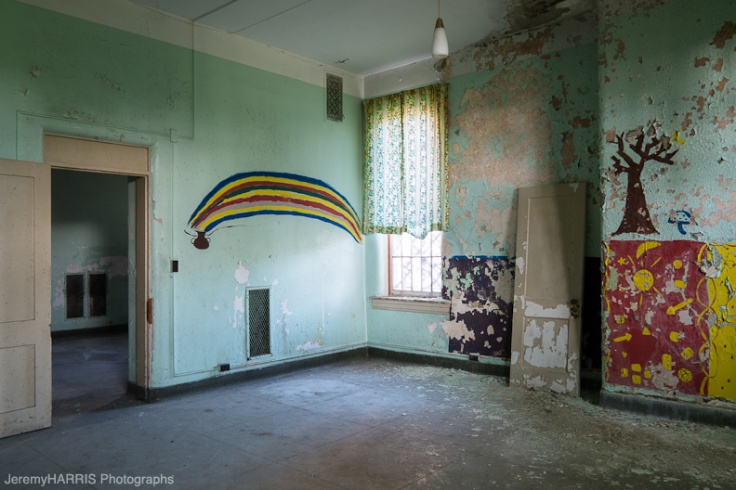 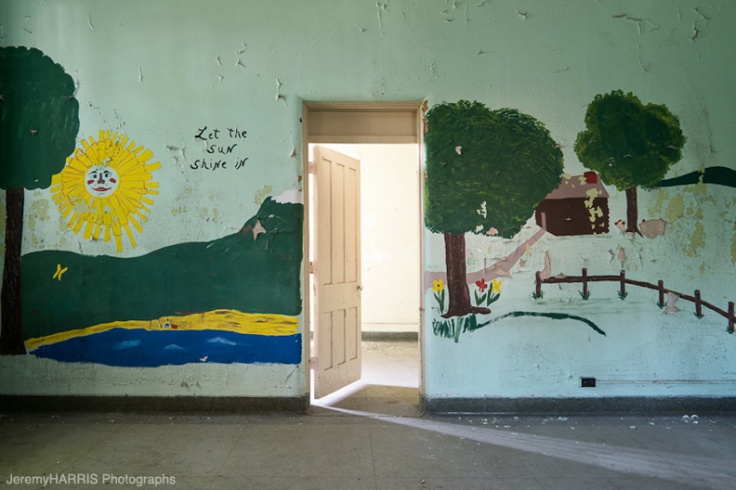 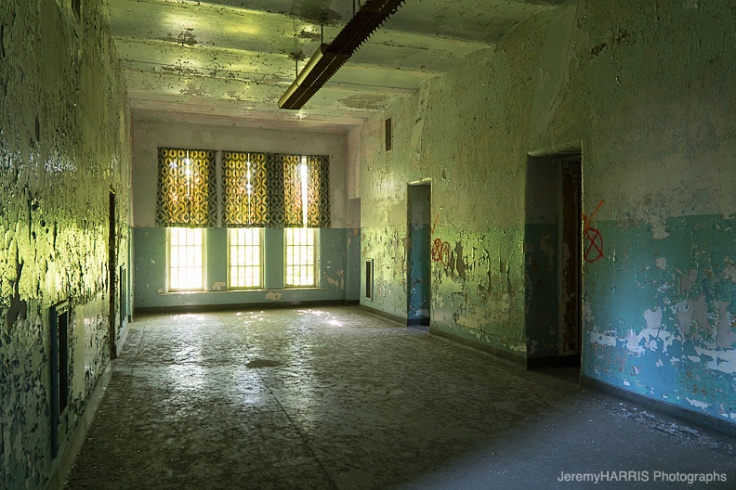 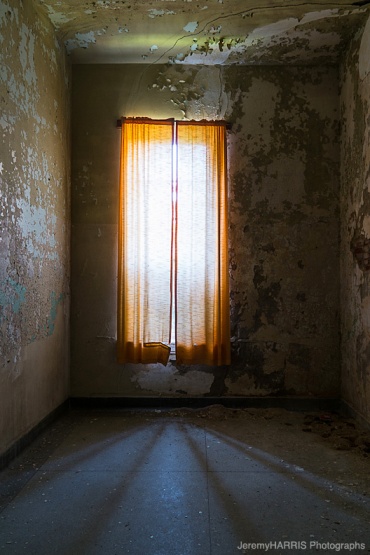 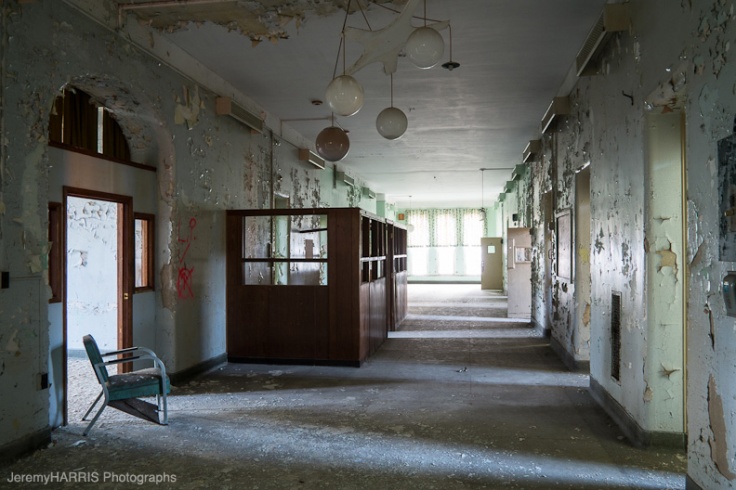 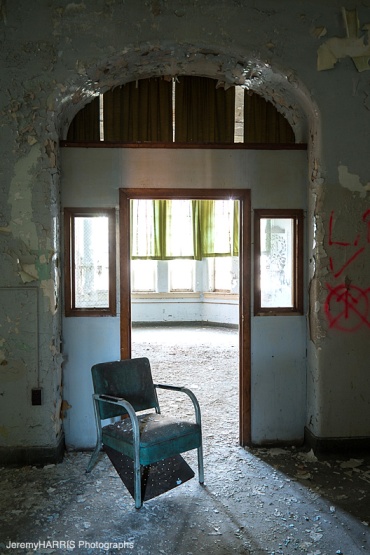 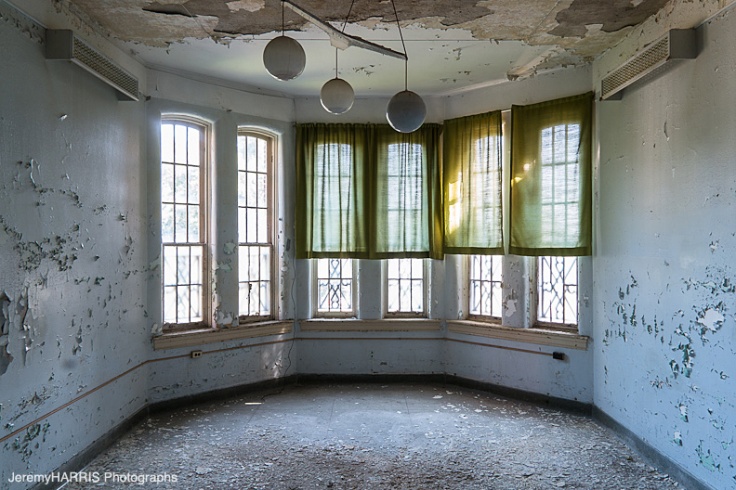 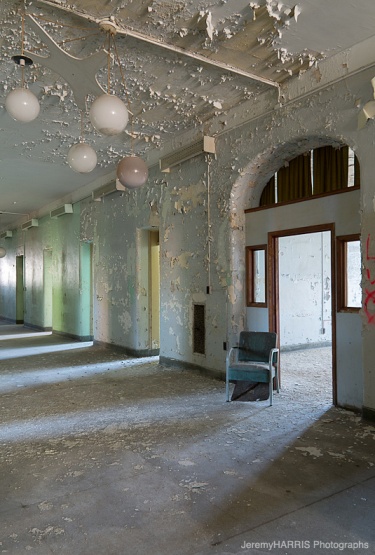 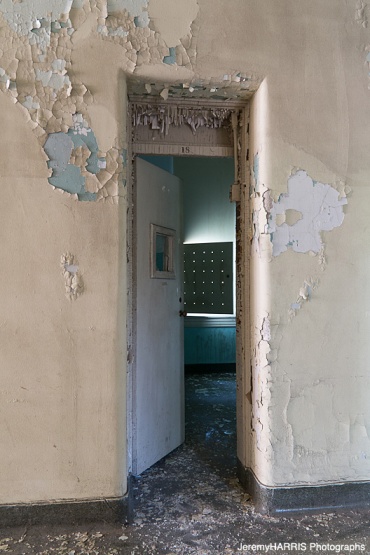 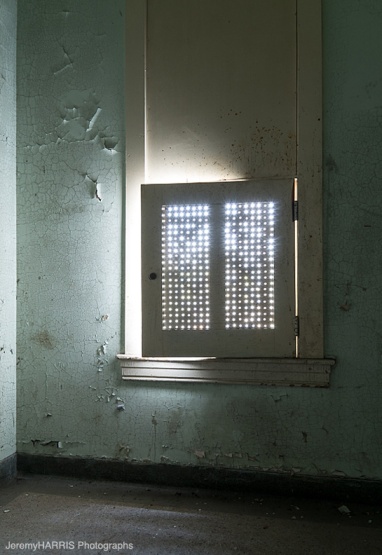 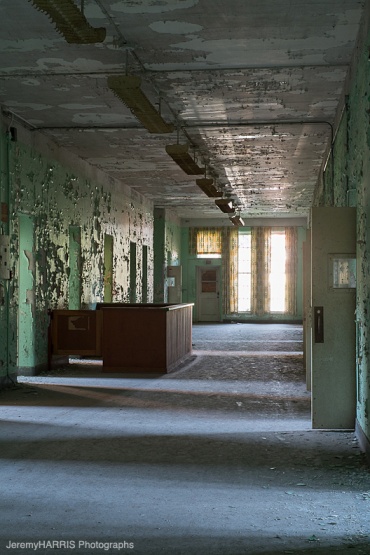 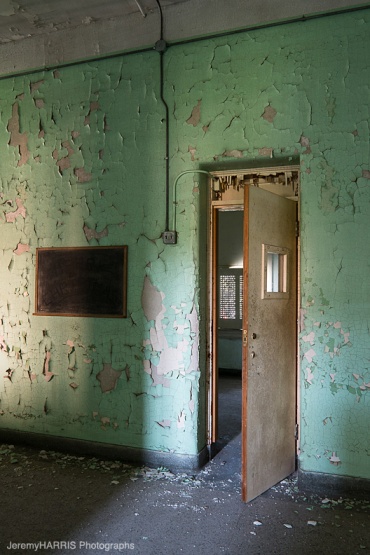 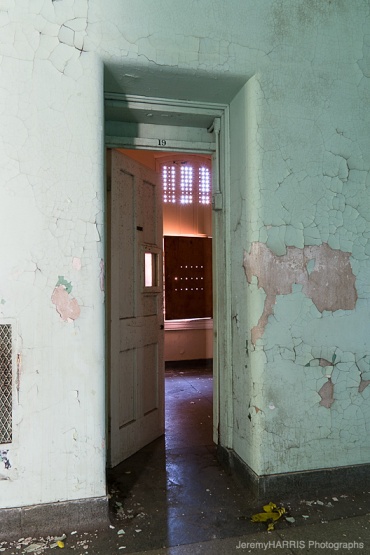 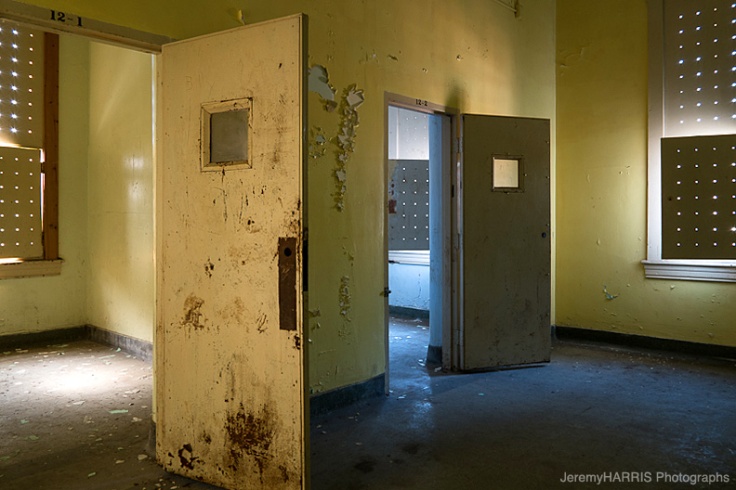 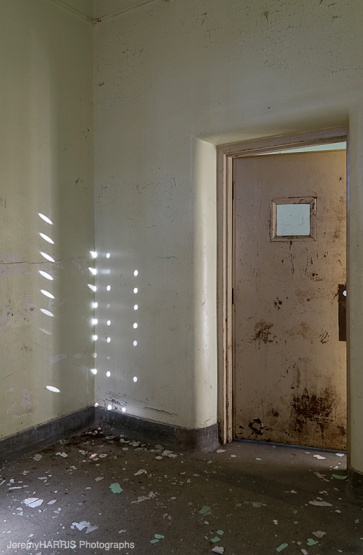 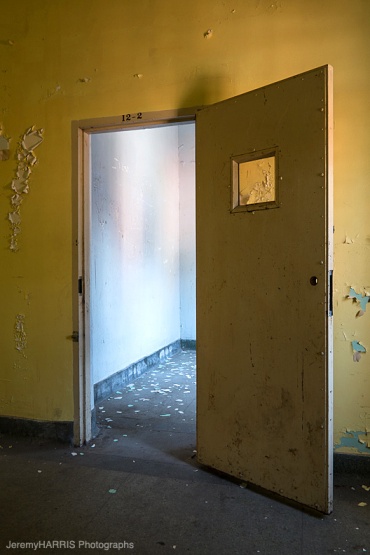 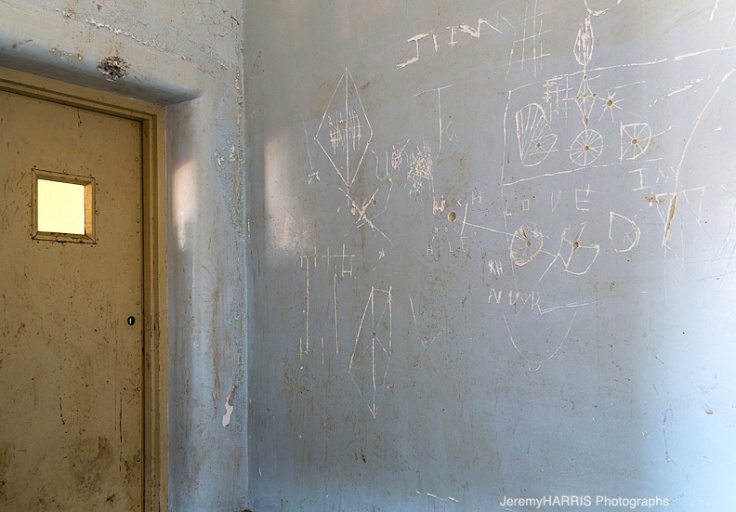 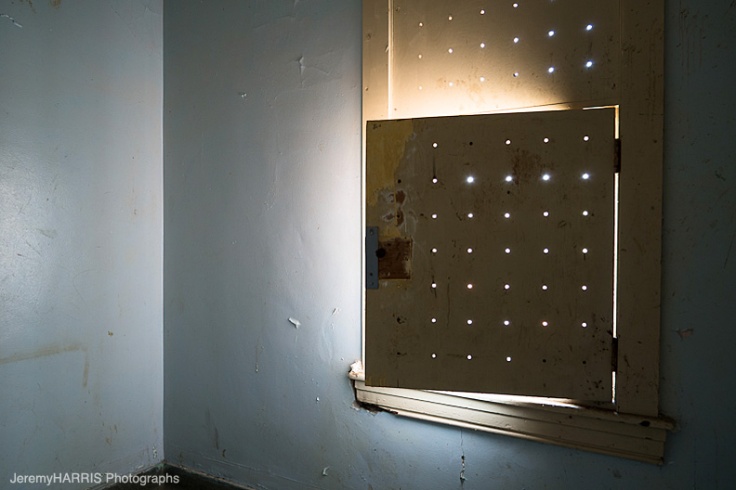 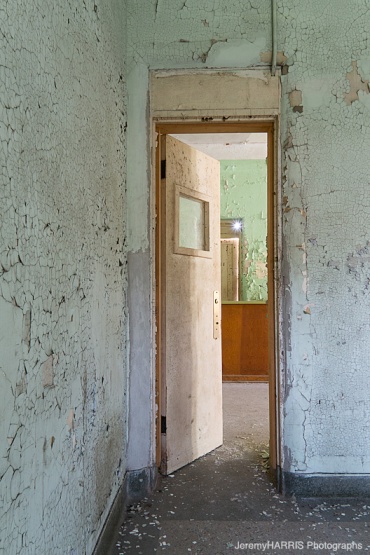 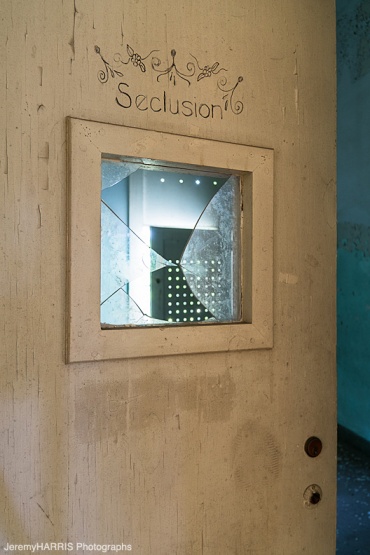